Eddie Hearn: “Canelo told me Callum Smith was easy work and Billy Joe Saunders is easy work. Boxing Claressa Shields: 'Women getting paid $5000 for a Championship fight and that's not. What's next for Canelo? The most natural fight would be a third go-around with Gennady Golovkin, after fighting to a split draw in 2017 and winning a majority decision last September.

After his impressive performance against a game opponent and champion in Callum Smith, Canelo Alvarez is set to face Avni Yildrim on March 27th in a rather underwhelming upcoming match as a mandatory challenger. After his win over Sergey Kovalev in November 2019, his victory of the WBA light heavyweight belt may have prompted some to call for a fight against Artur Beterbiev or Dmitry Bivol. However, Canelo unfortunately did not have a fight scheduled since the Kovalev bout, leaving many wondering if he would ever return to the light heavyweight division after vacating the belt there. Is all hope lost for those wanting to see him fight against a unified champion in Artur Beterbiev, or an undefeated and younger champion in Dmitry Bivol? The answer is ambivalent, and much of the fans’ desires are lost in the pursuit of boxing glory and higher revenues.

Alvarez, at the age of 30, still has much of his career ahead of him, and after his 2013 loss against Floyd Mayweather, his defense and head movement has improved drastically. This was immediately visible in his first fight against Gennady “Triple G” Golovkin, building the notion that Canelo was transitioning into a more defensive fighter. On the contrary, he displayed a remarkable ability to stand his ground against Golovkin in the rematch, adding onto this with a masterful performance in defense against Daniel Jacobs in May 2019.

After all of these moments in which he proved his doubters wrong, there are still calls for him to prove himself further in a light heavyweight division that he wandered into. When Alvarez chose Sergey Kovalev as his next opponent in mid-2019, some criticisms that arose would be how he chose the oldest and weakest champion at 175 lbs at the time. When he brutally knocked him out in the 11th round, there was no doubt as to Canelo’s power and threat as a counter and power puncher in the division.

Before following through with his flaws and weaknesses as a fighter, Canelo’s work ethic cannot be overlooked, his drive and motivation as a fighter to continue improving in his boxing skills and physique is admirable. One can hope to see him in more classics to come, as a fight with Gennady Golovkin for the third time seems like a viable option. If negotiations can be met between the two parties, DAZN/Matchroom Boxing and Golden Boy, then a third fight would absolutely be one that will be remembered.

NEW YORK -- Canelo Alvarez's Madison Square Garden party went as virtually everyone expected, which is why there was so much discussion about what his next move would be even before the bout took place.

Alvarez, in his first fight since the narrow decision over Gennady Golovkin to win the unified middleweight title in September, moved up in weight and cherry-picked a super middleweight belt by overwhelming Rocky Fielding, a nice guy and a solid fighter but not someone remotely on the same level as Alvarez, who is one of the five best fighters in the world.

Alvarez was merciless in his body attack en route to a one-sided third-round knockout of Fielding, whom he dropped four times: in the first and second rounds with left hooks to the body, then with a right to the head in the third round followed by yet another hook to the body to finish him at 2 minutes, 38 seconds.

Yes, the fight was a mismatch on paper and in the ring, but a couple of things on that. Betfred slots bonus.

First, it didn't seem as though anyone in the sellout crowd of 20,112 gave a darn that Alvarez blew away Fielding in the showcase fight to win a secondary belt, giving Canelo titles in three weight classes. Those in attendance were mostly Canelo fans looking to see their hero smash a guy, which is what he did in one of the all-time great fight atmospheres I've been a part of.

Second, coming off back-to-back grueling fights with GGG, Alvarez was entitled to pick his opponent, and it's not as if there was some huge fight available that he avoided.

That said, now it's time to get back to real fights. When streaming service DAZN signed Alvarez, 28, of Mexico, in October to a record five-year, 11-fight, $365 million contract, his history was no doubt taken into account. DAZN wants big fights, and Canelo has a great résumé of fighting top opponents: GGG twice, Floyd Mayweather, Miguel Cotto, Erislandy Lara and Austin Trout.

In other words, you don't sign somebody for 11 fights and expect him to change his DNA from wanting big legacy fights to facing a string of nobodies. That's not Canelo's style, and I don't believe it will become his style. When he says he fights for his legacy and plans to keep facing top opponents, I believe him.

Will it be that way for every single fight? Of course not, and I don't think it's reasonable for anyone to expect that. But he got in his Fielding gimme to kick off his deal, and I fully expect him to face a quality opponent next, especially because the opponent I believe Golden Boy wanted for Alvarez on May 4 at T-Mobile Arena in Las Vegas -- former titlist David Lemieux -- is no longer viable.

Lemieux was supposed to be in Saturday's co-feature against Tureano Johnson, another good contender. Had Lemieux won impressively, combined with his first-round destruction of Spike O'Sullivan on the Canelo-GGG II undercard, he probably would have had the inside track on the fight. However, Lemieux yet again had weight problems and wound up in the hospital with dehydration.

By my count, it's the third time he has missed weight or had a fight canceled on short notice because of weight issues. He shouldn't be allowed to sign to fight at 160 pounds anymore. He blew his shot at Canelo's middleweight title, and suggesting he get a shot at Canelo's 168-pound belt at this point is joke.

Before the fight, Alvarez (51-1-2, 35 KOs) said he would return to middleweight after the fight with Fielding (27-2, 15 KOs), 31, of England. But then he left the door open to another super middleweight fight. However, I believe the bigger fights for him are at middleweight, so I expect him to defend that title next. If that's the case, the opponent seems obvious. It's not a third GGG fight, because GGG is a broadcast and promotional free agent trying to nail down a new deal, and making a third Canelo fight is sure to be contentious and time-consuming. I can see it happening in September, but not next.

That leaves one obvious name for a very makeable and excellent fight: a unification bout with Daniel Jacobs (35-2, 29 KOs), 31, of Brooklyn, who won a vacant belt Oct. 27 in an exciting fight with Sergiy Derevyanchenko and wants Alvarez next. Jacobs is working with promoter Eddie Hearn, who has a DAZN deal and also does regular business with Golden Boy. In other words, it's a relatively easy deal to make.

Canelo is No. 1 at middleweight. Jacobs is No. 3 behind GGG. The fight is a natural, especially with Lemieux surely out of the picture.

After Canelo stopped Fielding, Jacobs was in the ring, where he congratulated Alvarez and they shook hands. Their potential meeting is a big fight that should happen next. It would give the fighters a unification bout against an elite foe. It would give fans a tremendous match. It would give DAZN the biggest Canelo fight it could have, barring a third GGG showdown. It checks all the boxes.

'It's a great thing for his career. I support him on that,' Jacobs said of Alvarez winning a super middleweight title. 'But I do feel that he has a lot of unfinished business in the middleweight division. I think I'm the perfect candidate. I'm a world champion now, and that says a lot. I think now that the fans are wanting the fight. Let's do this, maybe Cinco de Mayo in Vegas.'

In September 2017, Gilberto 'Zurdo' Ramirez narrowly retained his super middleweight by hard-fought unanimous decision against Jesse Hart, who then went out and earned a rematch with three knockout wins in a row. They met again Friday night in the Top Rank Boxing on EPSN+ main event in Corpus Christi, Texas, and Ramirez won again in another hotly contested battle, this one by majority decision -- 115-113, 115-113, 114-114.

Ramirez (39-0, 25 KOs) pulled it out by winning the action-packed 12th round, a Round of the Year candidate. The Mexican southpaw, 27, showed enormous heart, fighting the final three rounds with an injured left elbow that left him unable to effectively use his power hand. Still, he nearly stopped Hart (25-2, 21 KOs), 29, of Philadelphia, with an assortment of right hands in the final round, though Hart stormed back over the final 30 seconds or so to put Ramirez in jeopardy.

After the fight, Ramirez declared he would move up to light heavyweight and took aim at newly crowned world champion Oleksandr Gvozdyk. It's a makeable fight because they are both with Top Rank, and it's actually a pretty good one on paper.

But Top Rank vice president Carl Moretti pumped the brakes on an immediate move to 175 pounds for Ramirez, who doesn't have issues making 168 pounds.

'For the immediate [future], he'll stay at 168 in hopes of securing a big fight. Should that not materialize, then move to 175,' Moretti said. 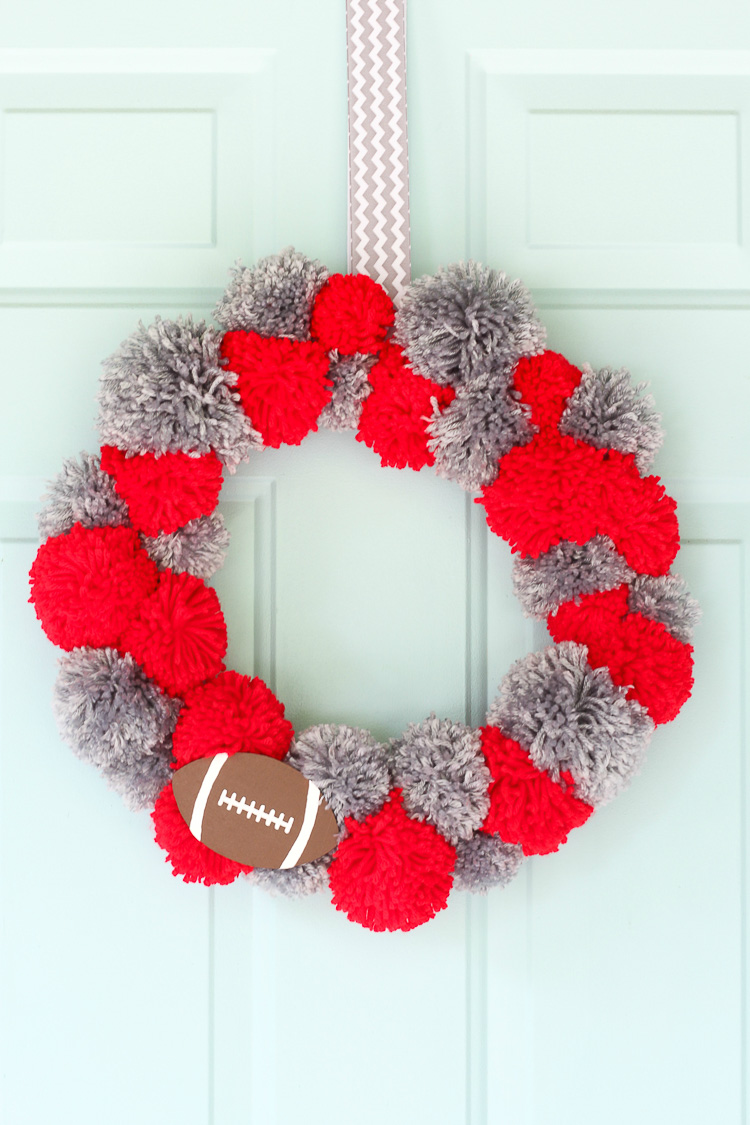 Ramirez has made five title defenses but not truly distinguished himself in the division because he has not had a chance to face another titleholder or major name. A fight with Gvozdyk would be a big deal, and perhaps that move up in weight will materialize next, because it does not seem as though there is a major fight for Ramirez at super middleweight. A fight with titleholder Callum Smith is extremely unlikely, and titleholder Jose Uzcategui has another fight scheduled.

Former world titleholder Parker, 26, of New Zealand, got a much-needed win after back-to-back losses this year: a decision to Anthony Joshua in a unification fight that cost him his belt in March, followed by a close decision to Dillian Whyte in July.

Parker took a step down in competition against Flores, 28, of Rowland Heights, California, and got the early knockout. Parker had been warned for hitting him with low blows, and in the third round he hurt Flores with another shot that strayed low and followed up with a right hand to the head that dropped him to all fours. Moments later, Parker hammered Flores with eight unanswered punches, including two left hands that dropped him like a rag doll along the ropes in highlight-reel fashion, forcing referee John Conway to wave it off at 2 minutes, 51 seconds.

Fa, 29, of New Zealand, was an amateur rival of former heavyweight titlist Joseph Parker, who won the main event, and is hoping to land a pro fight with Parker. That's the reason he appeared on Parker's undercard. Fa did what he was supposed to do, which was knock out Rossi, 37, a former cruiserweight world title challenger from Argentina, with ease. Fa needed only 86 seconds to drop Rossi twice with right hands and get the stoppage.

Dalakian, 31, of Ukraine, won a vacant title in dominant fashion against Brian Viloria in February and retained it by eighth-round knockout against Sirichai Thaiyen in a June defense. In defense No. 2, he dropped Lebron three times in the sixth round, prompting the referee to stop the fight with 15 seconds left, even though Lebron was on his feet and appeared fine. Lebron, 36, of the Dominican Republic, saw his eight-fight winning streak end.