Two more UFC Vegas 20 “Prelims” undercard bouts remain to preview and predict (check out the first batch here), and I’m pretty sure you haven’t got anything better to do on a Tuesday night than follow along with our breakdowns. Hit it!

Alexander Hernandez’s (12-3) brutal UFC debut knockout of Beneil Dariush and subsequent decision over Olivier Aubin-Mercier put him on the fast track to Lightweight contender status, only for knockout losses to Donald Cerrone and Drew Dober and a highly questionable decision win against Francisco Trinaldo to leave him fighting for his Octagon life. He came up big when it counted in Oct. 2020, however, battering Chris Gruetzemacher in 106 seconds to earn “Performance of the Night.”

Though both men are the same height, he’ll have a slight 1.5-inch reach advantage.

Thiago Moises (14-4) — a former RFA champion and LFA title challenger — punched his ticket to the Octagon in 2018 with a first-round knockout on “Contender Series: Brazil.” Though he lost two of his first three UFC appearances, he enters the cage this weekend having beaten Michael Johnson and Bobby Green in succession.

His nine professional finishes include six by submission.

This fight will come down almost entirely to Hernandez’s approach. Lethal as Moises can be, he’s markedly less dangerous off the back foot. Indeed, if Hernandez comes out looking to be the boss — as he did in his first two Octagon appearances and the Gruetzemacher knockout — he’s got the skills to bully the Brazilian around the ring and neutralize his most effective weapons. If he tries to stick-and-move his way to victory like he did against Trinaldo and Dober, Moises will overwhelm him in short order.

Even with his issues, I’m picking Hernandez to sprawl-and-brawl his way to victory. That last beatdown win should give him the confidence necessary to ramp up his aggression and prevent Moises from taking charge. In the end, “The Great” makes it two straight with power punches and perhaps a takedown or two.

Alonzo Menifield (9-2) needed just eight seconds to finish Dashawn Boatwright on “Contender Series” and earn himself a UFC contract on his second try. Though he started his UFC career strong with brutal knockouts of Vinicius Moreira and Paul Craig — the latter of which earned him a “Performance of the Night” bonus — he subsequently came up short in upset losses to Devin Clark and Ovince St. Preux.

None of his nine victories have lasted longer than 5:32.

William Knight’s (9-1) upset knockout of Herdem Alacabek in 2019 earned him a developmental contract, and though he lost to Tafon Nchukwi two fights later, an impressive finish of Cody Brundage in his return to “Contender Series” led to a UFC debut just three weeks later. There, he used effective top control to beat fellow series alum Aleksa Camur by unanimous decision in his first professional trip to the judges.

He gives up two inches of height and three inches of reach to Menifield.

There is a right way and a wrong way to fight Knight, and to my eternal frustration, everyone seems dead-set on going about it the wrong way. He’s actually quite limited on the feet and not much of an offensive wrestler, but opponents insist on trying to initiate the grappling with him, allowing him to reverse and unleash his genuinely scary ground-and-pound. All you have to do to beat this guy is ignore how jacked he is, avoid the leg kicks, and beat him up with punches the way Nchukwi did.

On paper, Menifield has the tools to do all that — the way he blew up two takedown-focused fighters in Moreira and Craig should give him plenty of confidence. At the same time, he struggled badly to deal with the fairly fragile Clark’s clinch aggression and seemed utterly flummoxed by Ovince St. Preux’s length, so he might not have the wherewithal to actually keep Knight off of him and fight smart. I say Knight wears him down against the fence before polishing him off late.

Alex Oliveira (22-9-1) halted a three-fight losing streak with consecutive decisions over Max Griffin and Peter Sobotta, upping his Octagon record to 11-6 in the process. “Cowboy” then got the call to welcome M-1 champ Shavkat Rakhmonov to the Octagon, only to fall victim to the Kazakh’s guillotine late in the first round.

Twelve of his 17 finishes have come by form of knockout.

Despite moving up in weight for his “Contender Series” bout against Jordan Williams, Ramazan Kuramagomedov (8-0) entered as a massive favorite, but only managed to eke out a narrow split decision that failed to earn him a contract. He has since won two straight, including a submission of Trevor Ollison under the Cage Fury banner in Sept. 2020.

When Kuramagomedov controls the pace, he’s a delight to watch, mixing his versatile power kicks with sharp combination punching. When he can’t find his comfort zone — like what happened against Williams — his defense can fall apart. The question, then, is whether Oliveira can use his physicality and raw power to prevent Kuramagomedov from getting a proper flow going.

I’ve flip-flopped a couple times, but I think Kuramagomedov gets the nod. A big part of Williams’ success was his implacability and willingness to answer volume with volume. Oliveira, by contrast, is a relatively low-output fighter who often relies on racking up top control to conserve energy. That’s not going to work against a stronger wrestler and more versatile striker. Like Nicolas Dalby and others before him, Kuramagomedov survives the early blitz to steadily take apart “Cowboy” down the stretch.

UFC Vegas 20’s main- and co-main events both figure to be fireworks, and there are some firefights to be found earlier in the evening as well. See you Saturday, Maniacs.

Remember that MMAmania.com will deliver LIVE round-by-round, blow-by-blow coverage of the entire UFC Vegas 20 fight card this weekend, starting with the ESPN+ “Prelims” matches, which are scheduled to begin at 5 p.m. ET, then the remaining main card balance on ESPN+ at 8 p.m. ET.

To check out the latest and greatest UFC Vegas 20: “Rozenstruik vs. Gane” news and notes be sure to hit up our comprehensive event archive right here.

The undisputed king of the Middleweight division faces a heretofore unstoppable engine of destruction this Saturday (Sept. 26, 2020) when Israel Adesanya takes on Paulo Costa in the Octagon’s return to “Fight Island” in Abu Dhabi, United Arab Emirates. UFC 253 will also see Dominick Reyes and Jan Blachowicz lock horns to determine the first Light Heavyweight champion not named Jon Jones or Daniel Cormier since 2011, as well as potential Flyweight dynamite between Kai Kara-France and Brandon Royval.

UFC 253’s six “Prelims” undercard bouts are split 4-2 between ESPN2/ESPN+ and Fight Pass. Let’s get the latter out of the way .. 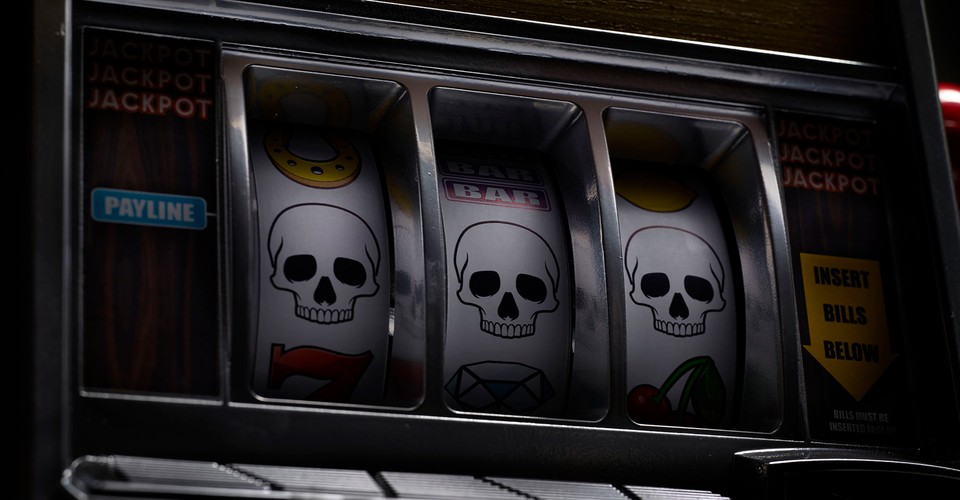 Four months after defending his LFA title with a decision over Maurice Greene, Jeff Hughes (10-3) battered Josh Appelt on “Contender Series” to earn himself a contract. He’s yet to claim victory in the Octagon, going 0-2 (1 NC) and most recently dropping a decision to Raphael Pessoa in Oct. 2019.

He has knocked out four opponents as a professional.

What’s frustrating about making this pick is that Hughes is capable of far more than he’s shown in the Octagon. He’s a very capable boxer and should be able to handily overpower Espino on the feet, as the latter’s striking strategy generally boils down to “avoid at all costs.” On top of that, Espino is nearing 40 and hasn’t laced up the gloves since 2018.

In short, if Hughes fights up to his abilities, he should demolish “El Guapo.”

But that’s the rub: Hughes hasn’t fought up to his abilities. There is no excuse for his performance against the technically inferior Pessoa, a fight in which Hughes threw a measly 77 significant strikes in 15 minutes. If that fight served as a wake-up call and Hughes comes out guns blazing, he could pull the upset, but the likelier outcome sees him dragged to the mat and choked out in short order.

Khadis Ibragimov (8-3) entered the Octagon with some hype behind him, having won and defended the M-1 Light Heavyweight title without ever seeing the judges during his time in the promotion. UFC success continues to elude him, however, as he’s dropped three straight and is coming off a brutal knockout loss to Roman Dolidze in July.

He’ll have one inch of reach on Danilo Marques (9-2) despite standing three inches shorter.

Marques was 7-1 as a professional when he got a chance to headline an LFA show, where he dropped a competitive split decision to Myron Dennis. He got back on track with two more wins, but has been out of action for 31 months.

His eight finishes are split evenly between knockouts and submissions.

It says a lot about Ibragimov’s current stock that UFC had to dredge up an unknown fighter who hasn’t fought since 2018 to give him a reasonably winnable fight. I’ve already said plenty about the way Ibragimov neglects his to-notch grappling in favor of subpar brawling, so I won’t harp on about that anymore, but even that should be enough to carry him past Marques. The Brazilian offers mediocre wrestling and very little else, so unless he’s spent these past couple years reinventing himself from the ground up, he’s going to get walloped while fruitlessly attempting to overpower Ibragimov’s judo.

Much can change in that sort of time, of course, and I’m long past underestimating Ibragimov’s ability to shoot himself in the foot. Still, based on what I’ve seen, he sprawls-and-brawls to an early finish.

Four more UFC 253 “Prelims” bouts remain to preview and predict, including the debut of an elite Featherweight striker and the latest barnburner from Brad Riddell. Same time tomorrow, Maniacs.

Remember that MMAmania.com will deliver LIVE round-by-round, blow-by-blow coverage of the entire UFC 253 fight card this weekend, starting with the early ESPN 2/ESPN+ “Prelims” matches online, which are scheduled to begin at 6 p.m. ET, then the remaining undercard balance (also on ESPN 2/ESPN+) at 8 p.m. ET, before the PPV main card start time at 10 p.m. ET on ESPN+.

To check out the latest and greatest UFC 253: “Adesanya vs. Costa” news and notes be sure to hit up our comprehensive event archive right here.