2019 Week 8 Consolidated Start 'Em, Sit 'Em - (FantasyPros, NFL, CBS, BleacherReport, SI, PFF) Quality Post. Help Reddit App Reddit coins Reddit premium Reddit gifts. Start ’em, sit ’em, and other fantasy football advice. Last Thursday the Green Bay Packers defense was exposed by Carson Wentz and the Philadelphia Eagles. They were gashed for 34 points at home. Sit or Start Fantasy wants to utilize the power of data to give our users the information, and insights to make better fantasy decisions. We know there there are a lot of fantasy apps, sites, and experts out there to aid people with their fantasy decisions.

Start 'Em & Sit 'Em is the ultimate weekly look at NFL matchups and how they'll affect your fantasy football team. Fantasy Football Start ‘Em, Sit ‘Em: Week 2 Predictions. It was a challenging lead-up to the fantasy football season, but our Start-Sit decisions should get easier from here on out.

We’ve officially passed the midway point of the fantasy football season, and start ‘em, sit ‘em decisions are getting more difficult. Injuries are mounting, but perhaps even more important, sleepers have emerged and remained consistent while several big-name players have disappointed. It’s always tough to bench a star like Josh Allen, David Montgomery, or Mike Evans, but matchups might dictate it this week. If you need that extra push, then our Week 8 fantasy lineup advice might tip the scales.

Based on matchups, situations, talent and usage, here are the players to either avoid or deploy this week. Keep in mind that four more teams — the Cardinals, Texans, Jaguars and Washington — all have byes. That means no, Kyler Murray, DeAndre Hopkins, Deshaun Watson, James Robinson and Terry McLaurin, among others.

Tom Brady, Buccaneers (at NYG). The Bucs’ passing game is rolling, and Antonio Brown is set to join the mix soon. They should have no trouble exploiting the Giants, even without Chris Godwin (finger).

Ryan Tannehill, Titans (at CIN). He’ll rebound with a bigger performance because he’ll get more support from the running game, and we know what Baker Mayfield just did in this matchup.

Carson Wentz, Eagles (vs. DAL). The Cowboys’ defense is remedial at this point, and he should get some reinforcements for Sunday night.

Justin Herbert, Chargers (at DEN). The Broncos keep giving up solid production to QBs, and he can get it done again with his arm and legs.

Matt Ryan, Falcons (at CAR). He was terrible in the first matchup, but Julio Jones changes everything for his value. This week, expect the multiple scores to come through the air.

Teddy Bridgewater, Panthers (vs. ATL). Everyone puts up digits on the Falcons, and this game feels like it’s gonna be high scoring even with some weather concern.

Joe Burrow, Bengals (vs. TEN). He should be throwing a ton again on the opposite side of Ryan Tannehill, and the mistakes don’t matter much.

Jimmy Garoppolo, 49ers (at SEA, $5,400 on DraftKings, $6,600 on FanDuel). Jimmy G had a weird game in New England, looking mostly good but had two picks and no scores. He’ll do much better with no pressure from the Seahawks opposite Russell Wilson.

Nick Foles, Bears (vs. NO, $5,800 on DraftKings, $6,700 on FanDuel). Foles is more of a tournament potential stack with Allen Robinson because of his volatility, but he should get plenty of garbage against a still shaky Saints secondary.

Josh Allen, Bills (at NE). Suddenly, we can’t trust him at all, and the Patriots are still a pretty good pass defense and are more vulnerable on the ground.

Drew Brees, Saints (at CHI). The Bears’ pass defense is legitimately nasty, and he may be shorthanded on weapons again in what should be a gritty, run-heavy outdoor attack for New Orleans.

Kirk Cousins, Vikings (at GB). He can probably get 250-plus yards and two scores, but there’s no way he plays a game without multiple turnovers on the other side of Aaron Rodgers against a good pressure defense.

Matthew Stafford, Lions (vs. IND). The Lions are helping him a lot more with running game and defense, plus the rested Colts defense allows the fewest fantasy points to quarterbacks.

Jared Goff, Rams (at MIA). This is a long trip on a short week, and the Dolphins’ pass defense is trickier than you think. L.A. will need to win with the run again.

Ben Roethlisberger, Steelers (at BAL). He’s been down on the air yards, and the Ravens’ secondary make it rough on him in coverage with more multiple turnovers in store.

Cam Newton, Patriots (at BUF). Are we believing that he’ll get it right against a struggling Bills pass defense? Absolutely not.

Ronald Jones and Leonard Fournette, Buccaneers (at NYG). The Giants are bad enough against the run to support both players being effective with a lead in the second half.

Le'Veon Bell, Chiefs (vs. NYJ). The revenge game narrative is real, and the Chiefs should be operating with a big lead. Expect Bell to get plenty of work.

D’Andre Swift, Lions (vs. IND). He’ll be amped on the other side of Jonathan Taylor to prove who’s the better rookie running back.

Darrell Henderson, Rams (at MIA). The Bears’ game was rough because of random Malcolm Brown usage, but he should get going to attack the Dolphins’ big defensive weakness.

JaMycal Hasty or Tevin Coleman, 49ers (at SEA). If Coleman is back, fire him up against the Seahawks, who struggle in the red zone and the receiving game against backs. If Coleman (knee) is out, then Hasty is worth using.

La’Mical Perine, Jets (at KC). Perine is the new man in the backfield, and his volume can add up well in garbage time as the Jets get another long look.

Jerick McKinnon, 49ers (at SEA, $5,700 on DraftKings, $6,000 on FanDuel). McKinnon was “rested” against the Patriots in a coach’s decision, but no there’s choice with Jeff Wilson Jr. (ankle) joining Raheem Mostert (ankle) on the shelf. He should be busy in the passing game at least with no Deebo Samuel (hamstring).

Latavius Murray, Saints (at CHI, $4,300 on DraftKings, $5,100 on FanDuel). The Saints nearly got him a TD last week, and they should stay run heavy to play to their strengths and the Bears’ weaknesses. Note he had a big game against this defense last season filling in for Alvin Kamara.

David Montgomery, Bears (vs. NO). Monty looked really bad in Los Angeles and the New Orleans run defense is nastier, even back at home. He’s totally TD-dependent

Devin Singletary and Zack Moss, Bills (vs. NE). It’s hard to trust this committee now, which might be slowly shifting to Moss, so don’t expect a 49ers repeat against the Patriots.

All Ravens (vs. PIT). Tough run defense. Tricky committee, even more randomized after the bye. No thanks.

All Patriots (at BUF). We have no idea what to expect good from this offense going forward.

All Giants (vs. TB). Wayne Gallman might be the guy with Devonta Freeman (ankle) ailing and Dion Lewis fumbling but not against this defense.

Brandon Aiyuk, 49ers (at SEA). With no Deebo Samuel (hamstring), he’s the Jimmy G go-to guy. Look for big things against the secondary.

Tyler Boyd and Tee Higgins, Bengals (vs. TEN). The beat goes on against a team that didn’t cover the slot or outside well against the Steelers.

Marquise Brown, Ravens (at PIT). He will hit a home run against a secondary that’s really struggling giving up big plays.

Scotty Miller, Buccaneers (at NYG). He’s still locked in with Tom Brady despite you-know-who joining the team for depth.

Sterling Shepard, Giants (vs. TB). He will put up some garbage stats with his good route-running and underneath production.

Corey Davis, Titans (at CIN). Is bingo mania legit. He’s involved again, and the matchup is good opposite A.J. Brown.

Nelson Agholor, Raiders (at CLE, $4,700 on DraftKings, $5,000 on FanDuel). He’s legitmately the best non-Darren Waller option for Derek Carr, and he'll stay hot against this secondary.

Rashard Higgins, Browns (vs. LV, $4,200 on DraftKings, $5,500 on FanDuel). He has a really good connection with Baker Mayfield and could be their No. 1 going forward. He'll eat in this cake matchup.

A.J. Green, Bengals (vs. TEN, $4,500 on DraftKings, $5,800 on FanDuel). Green has been revved up of late, and the Titans cornerbacks are slow against his still speedy self.

Mike Evans, Buccaneers (at NYG). It’s clear he’s hurting more than we know. Right now Scotty Miller, along with Gronk, are ahead in the pecking order, plus Evans could see a good chunk of James Bradberry.

JuJu Smith-Schuster, Diontae Johnson and Chase Claypool, Steelers (at BAL). The Ravens’ cornerbacks are tough, and this feels like a grindy, low-scoring game with little production from all three guys overall.

Mike Williams, Chargers (at DEN). Justin Herbert is feeding too many wide receiver mouths, and it’s often not him.

Darius Slayton, Giants (vs. TB). Carlton Davis is looming in coverage to contain him downfield.

Jarvis Landry, Browns (vs. LV). Still not feeling it for him with no OBJ.

Cole Beasley, Bills (vs. NE). He goes back to cooling off in the slot. 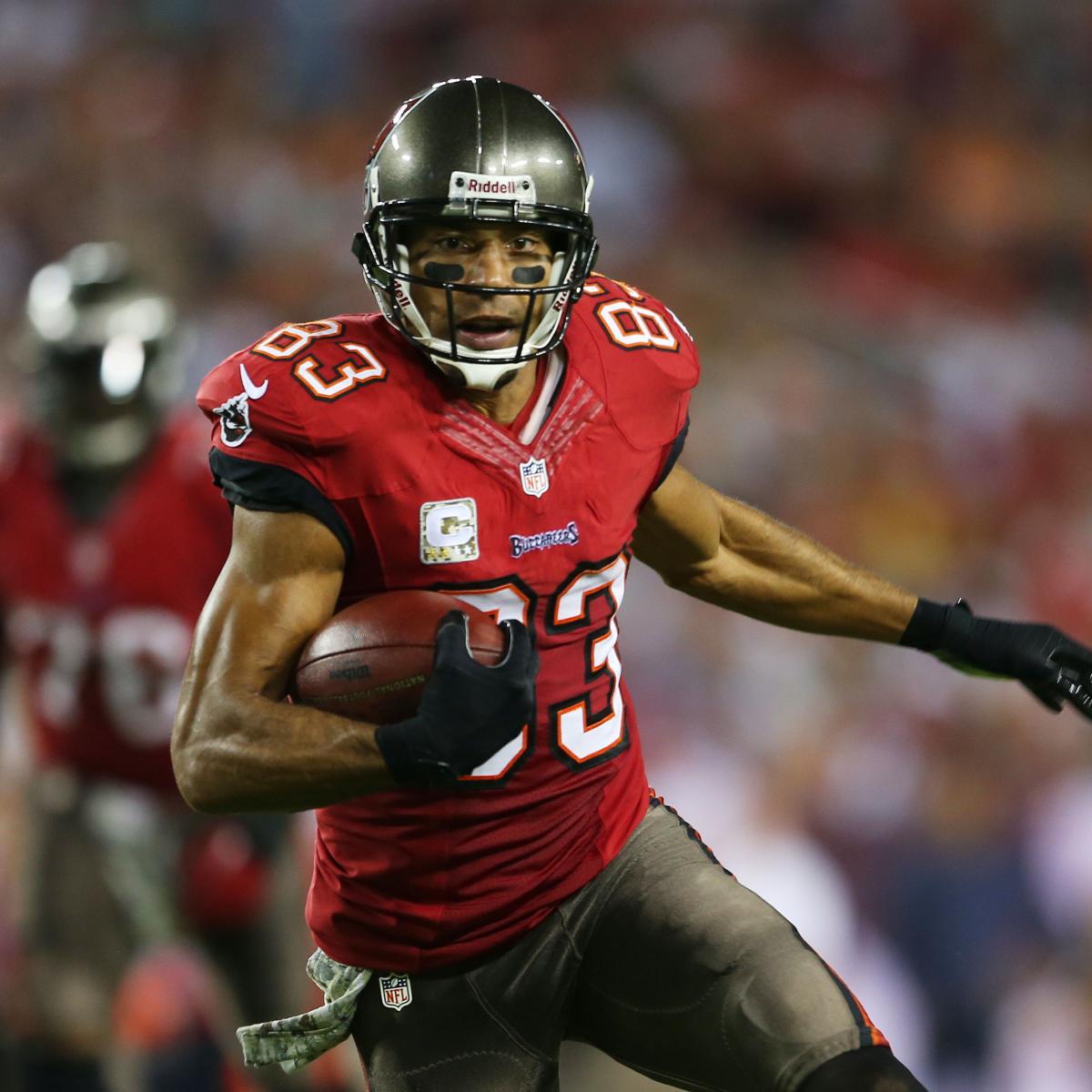 Tre’Quan Smith, Saints (at CHI). Tough matchup, and you can’t trust him even if the role is “expanded.”

All Patriots (at BUF). It’s so ugly now. 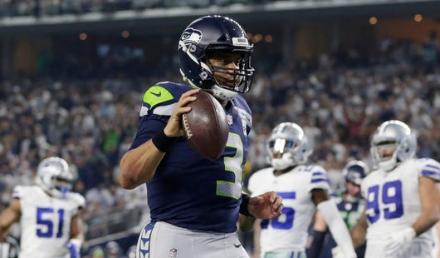 Hunter Henry, Chargers (at DEN). He’s disappointed because Justin Herbert keeps spreading the ball around, but he should find the end zone this week.

Jared Cook, Saints (at CHI). He should be busy again with the wide receiver issues, and the Bears cannot cover the tight end in the red zone.

Jimmy Graham, Bears (vs. NO). Revenge game and great matchup. He scores again.

Eric Ebron, Steelers (at BAL). It’s better to attack the Ravens at linebacker and safety than cornerback.

Dalton Schultz, Cowboys (at PHI). This might be the only productive pass-catcher for them underneath with this QB mess.

Mike Gesicki, Dolphins (vs. LAR). He’s their slot receiver, and Tua Tagovailoa will trust him most as a security blanket.

Jonnu Smith, Titans (at CIN, $4,100 on DraftKings, $6,100 on FanDuel). He was quiet last week, but he'll rebound big time in a terrific matchup for Derek Henry and Ryan Tannehill.

T.J. Hockenson, Lions (vs. IND). The Colts are the stingiest team against the tight end.

Hayden Hurst, Falcons (at CAR). The Panthers are good, too, because of Jeremy Chinn.

Packers (vs. MIN, $4,000 on DraftKings, $2,900 on FanDuel). We told you about Kirk Cousins not protecting the ball well in one-dimensional shootout or catchup mode. Green Bay is about as low as you can go for decent return on either site.