A commemorative The Snowman 50p coin was first released in November 2018 to celebrate 40 years since Raymond Briggs' Christmas novel was published. The coin featured The Snowman flying through the. A 50p design featuring the Royal Shield of Arms, which was released two years ago, is currently the second rarest 50p coin in circulation behind the 2009 Kew Gardens. Designs that are produced annually are sometimes overlooked in rankings of rare coins, in favour of ‘commemorative’ pieces – yet less than two million of the Royal Shield of. The new 50p was commissioned by Chancellor Rishi Sunak as part of plans to include a wider range of people on coins and notes in the future. It was created by Dominique Evans, who has previously.

Around two-and-a-half million coins celebrating the contributions ethnic minority communities have made to the UK will enter circulation on Monday. 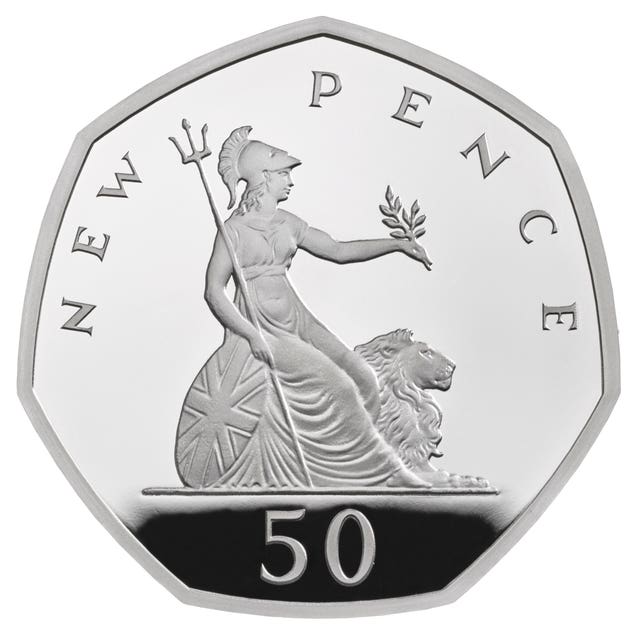 The coins will feature the words 'Diversity built Britain', along with a geodome representing connection and strength.

The Treasury says that the new coins show the intent of the Royal Mint and Chancellor Rishi Sunak to feature a wider range of people on coins and notes in the future.

Dominique Evans previously designed coins marking VE Day and the sapphire anniversary of the Queen's coronation, and came up with the new 50p using her experiences of growing up as a mixed-race woman as inspiration.

She said: 'When designing this coin, I began by thinking about the people who inspire me and what diversity has meant in my life. I believe that no matter where you are born, we all belong under the same sky and this was the starting point of the design.

'The background of the coin features a geodome with a series of interconnecting lines and triangles that form a network. Each part is equal, and symbolises a community of connection and strength.'

The coin was commissioned by Mr Sunak after discussions with the We Too Built Britain campaign, which supports fair representation of the contributions of ethnic minority communities.

He said: 'I have seen first-hand the contribution made by ethnic minority communities to Britain's history.

'This coin, and the rest of the series, will act as a fitting tribute to the very profound impact ethnic minority communities have made on Britain, and I am grateful to the Royal Mint for turning this around at record speed.'

I have seen first-hand the contribution made by ethnic minority communities to Britain’s history. That is why I backed the “We Too Built Britain” campaign and requested that the @RoyalMintUK introduced this new coin to celebrate it.
Read more: https://t.co/pKjFoUnbqrpic.twitter.com/9FtyRIwMKi

Prime Minister Boris Johnson congratulated Ms Evans, saying: 'Her design is the first in a series of coins the Mint will be producing, celebrating those who have helped shape our national history and culture.'

The government plans to consult with We Too Built Britain and other groups representing ethnic minority communities on the themes of future coins in the series.

The Royal Mint and the West India Committee will also be sending education packs to primary schools in England and Wales following the release of the coins.

Zehra Zaidi, a campaigner who recently attended a roundtable event held by Mr Sunak, said: 'Ethnic minority people, as well as all under-represented groups, need to see themselves represented in British institutions.

'It is a part of an invisible social contract and it can build cohesion, promote a sense of belonging, inspire young people and unite us as a nation, showing that we all have an equal stake in society.

'We are a diverse, modern and global Britain - let's show that. This coin helps bridge our nation's past, its diverse present and its future, looking outward, positively, together.'

On Saturday 17th October, a surprise coin release made the headlines, as a brand new 50p was released to celebrate how diversity built Britain.

This new 50p is the first in a series to celebrate diversity across the whole of Britain and how our diverse culture has helped to shape the rich history and heritage of our nation.

Collectors will also be delighted to hear that 2.5 million Diversity in Britain 50ps are expected to enter circulation today, so now’s the time to get checking your change for this brand new release!

Designed by Dominque Evans, the new 50p features the words “DIVERSITY BUILT BRITAIN” against a network of interconnected triangles, symbolising the importance of connections between communities, and the strength of these connections cross the country.

Dominique Evans is one of the UK’s foremost coin designers and has reflected her own experience of diversity, growing up as a mixed-race woman, as inspiration for her design.

“When designing this coin, I began by thinking about the people who inspire me and what diversity has meant in my life. I believe that no matter where you are born, we all belong under the same sky and this was the starting point of the design,” Evans said.

Can you trust online casinos. Rishi Sunak, Chancellor of the Exchequer and Master of the Mint, unveiled the brand new UK 50p which celebrates British diversity and marks the profound contribution ethnic minority communities have made to our nation’s history.

He said, “For generations, ethnic minority groups have fought and died for this country we have built together; taught our children, nursed the sick, cared for the elderly; and through their enterprising spirit have started some of our most exciting and dynamic businesses, creating jobs and driving growth.”

The coin was commissioned earlier this year following discussions with the We Too Built Britain campaign and calls for BAME figures to appear on UK coins and banknotes.

Look out for the Diversity Built Britain 50p in your change!

This release really has come as a wonderful surprise for Change Checkers and I’m sure demand for the new issue will be high as collectors rush to secure one for their 50p collection. 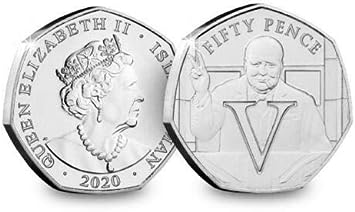 Will you be adding the 2020 Diversity Built Britain 50p to your collection? Let us know in the comments below!

Get ahead of the crowd and secure this brand new 50p coin in superior collector quality!