By 9 p.m. on Thursday night, a hologram Princess Leia had arrived in the dressing room at Los Carmenes, and another was on its way to Salzburg. Help me, Villarreal and Granada, you're my only hope.

Spain had become depressed and a little desperate, in need of rescuing. A few minutes earlier, Manchester United had scored their fourth goal against Real Sociedad in Turin. In three European games over three days, La Liga teams had let in eleven goals, and it could have been even worse. PSG had put four past Barcelona and Dortmund had scored three against Sevilla in the Champions League; now, United had got four against la Real in the Europa League. Spanish football had been hit hard, in need of something to hold onto.

Granada and Villarreal provided it, a little hope. At Los Carmenes, Yangel Herrera and Robert Kenedy scored the goals that defeated Napoli 2-0. At the Red Bull Arena, Paco Alcácer and Fer Nino saw off Salzburg by the same scoreline. Maybe doom was impending after all. Next week, Real Madrid and Atletico Madrid face Atalanta and Chelsea respectively -- after that, things might look very different. (Or they might look worse.) After the second legs of these games they might, too -- although only Sevilla, beaten 3-2 by Dortmund, have any genuine chance of turning the result around.

Before kick-off in those games, things could hardly have looked worse. Mainly because those defeats didn't not feel like one bad night, or two, or even three. They felt instead like an inescapable truth rather than an accident.

After Barcelona were beaten 4-1 by Kylian Mbappe and PSG, Ronald Koeman admitted that they had been confronted with 'reality.' It wasn't that they had not been good enough, it is that they are not good enough. They had been beaten just twice this year domestically, but now they were battered. Look at the past few years and this was painfully familiar, too: they had conceded three at Juventus (twice), three as AS Roma, four at PSG, four at Liverpool, eight against Bayern Munich in Lisbon, and now four at home against PSG.

And here's the thing: nor was it just them, or so many in Spain said. Sevilla were next, losing 3-2 at the Sanchez Pizjuan to Dortmund on Wednesday night. The side that had won each of their last nine games, conceding just once, allowed three in the first half alone. Along came the debates, the depression, the prophets of doom. 'It's over,' one columnist wrote in Marca, 'hegemony lost.' Listen to the radio, and it was as if they might as well rip it all up. Real Sociedad followed, and so did the fatalism. Spanish football was finished.

Or, it wasn't. Granada and Villarreal helped put it all into perspective, a little calm applied and some glimpse of optimism too. The absurdity of the alarmism was revealed. And yet, while it had been exaggerated, a debate for today quickly forgotten tomorrow, no time for patience still less a plan, there is a bit more to it than just the melodrama that goes with a few lost matches.

Even the thing that made these games exceptional, not a trend, felt more permanent somehow. Personality drove it, as so often. On Tuesday, it had been Mbappe; on Wednesday, it was Haaland. 'Another animal on the loose,' as one headline put it. They had torn into Barcelona and Sevilla, panic at their every turn. Inspired, between them they scored five and assisted one of the seven goals their Spanish opponents had conceded.

Short deck straight. Watching Haaland in particular, it was startling how scared they were of him, how he seemed to warp reality like some paradigm-shifting prototype being tested on terrified subjects, that sudden surge conditioning everything around him. When two players that good are up and running -- and defended so badly -- it can happen. When Bruno Fernandes is like this for Man United, it can happen too.

There was something to be said for an analysis of the three defeats suffered by Spanish clubs that highlighted the way they had suffered -- at the hands of direct, vertical, athletic teams. Something in that the idea that PSG, Dortmund and Man United were just too fast; that they didn't just play better football, they played different football, led by men (certainly in the case of Mbappe and Haaland) who are something else.

'They were like airplanes,' Real Sociedad manager Imanol Alguacil said. Sevilla acted like they had never seen anything like this and maybe they hadn't; maybe they don't most weekends, anyway.

But it's not like Spain's teams were taken apart by players who have never done this to anyone else before, and who won't do again. Instead, they might just have been defeated by three of the best seven or eight players in the world and the two very best -- by the way, should more be made of Fernandes? -- or at least the two men destined to be the best.

And that was the most unavoidable storyline this week, wherever you were: the sense of a new era dawning, new colossuses emerging to stride through it, dominating everything. 'The future is the present', as the former Barcelona goalkeeper Andoni Zubizarreta put it. Mbappe and Haaland. More to the point: Mbappe or Haaland? Already there is a kind of rush to create a rivalry, a desperation to divide, to serve up some great face-off, to -- and you can see where this is going -- find a new Messi and Ronaldo.

Those two played in Spain, making it the centre of the footballing world. Mbappe and Haaland, you might have noticed, don't. There was more than a touch of nostalgia here as they contemplated a new generation. A touch of desperation, too, in the inevitable reaction to what they had done this week.

'Florentino, sign him up!' ran the headline on the front of AS. As he put Barcelona to the sword, Real Madrid's president had been trending on Twitter. In Catalonia, meanwhile, presidential elections framed them as potential promises. The question that kept getting asked -- and it really was absolutely everywhere -- was: who would you sign, Mbappe or Haaland?

How about both? How about neither? 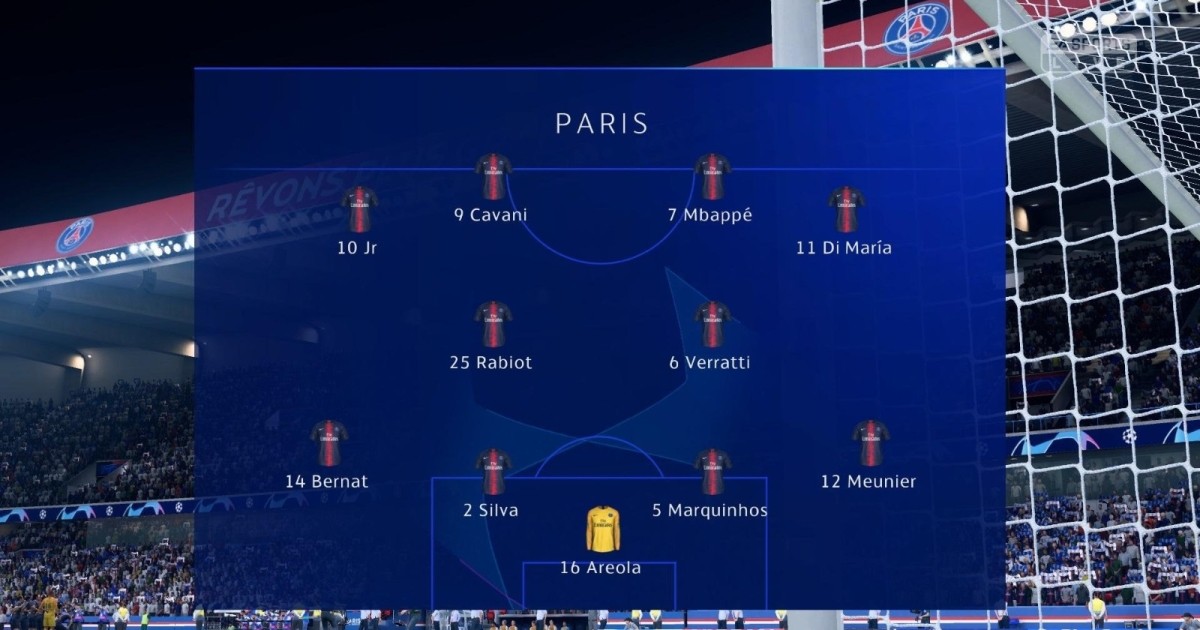 All of which brings this back to the that sense of loss. There's something inevitable about Mbappe and Haaland being linked to Madrid and/or Barcelona. It is not new -- in Mbappe's case, Madrid have been part of his career plan, and he part of theirs, for a long time. Both are clearly open to the idea of a move, preparing pathways that may well be elsewhere. In Haaland's case, that's a certainty. But while linking them is inevitable, them going to Spain no longer is. Still the biggest clubs in the world, they may not be the best. And they're certainly not the most cash-rich.

Right now, Madrid and Barcelona can't really afford Haaland or Mbappe. They will always be the biggest names, but at the moment, they may not be the most attractive destinations in the world either. Nor is the league they play in. The future is uncertain.

Mbappe and Haaland could end up here. In fact, somehow, despite all the evidence, it remains difficult to imagine that neither will turn up in La Liga one day. But it is not just the big two -- although, as ever, you could be forgiven for thinking it was -- it is everything, which is why it's not just this week's results that provokes pessimism. It is something deeper. 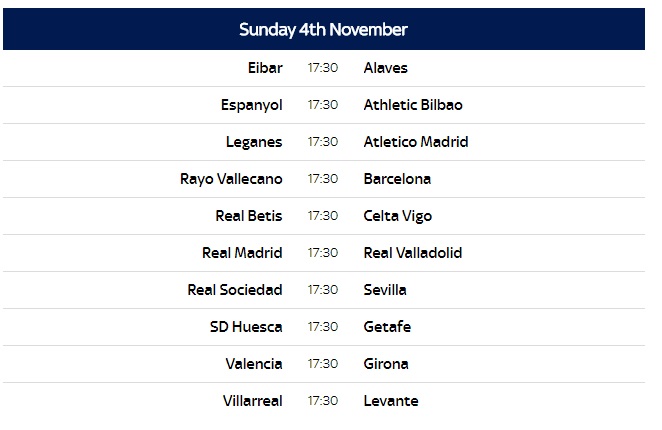 There's a reason that Madrid and Barcelona are among the most determined to force through a European Super League. A reason why La Liga's president keeps attacking City and PSG -- not just because he believes he is right, but because he is concerned about their power. The Premier League's power, too. Much has improved in Spain, but the pandemic hit hard and the financial muscle of English football was already threatening to see it slip away. Nor are their charms only economic, although that underlies it all.

The bottom line? There are reasons why Spanish dominance over the past decade feels unlikely to be repeated over the next one.

Write a list of the 10 best men's players in the world: how many are playing in La Liga? Fewer of them than once did. Nor is it just at the very top end; over the past few years, the mid-range players have departed too, the next generation, the ones who would help Spain's 'other' clubs to compete.

This summer, 15 players left Spain for England. Some were cast-offs, it is true, but not all. Thomas Partey, Ferran Torres and Rodrigo Moreno were among them, and there is an economic reality that drives it and that makes challenging for the very best difficult too. Spain still has some of the best young players around -- Joao Felix, Ansu Fati and Pedri to name just three -- so perhaps it will change for the better, but in the midst of this week's European defeats, it wasn't so surprising that everyone would be so downbeat.

Granada and Villarreal arrested the angst a little, providing a useful reminder that Spain still develops players, managers and teams to compete, that the fatalism went too far even if the concern remains real. They had answered the call, but more help may be needed.