American entrepreneur, aviator, philanthropist and billionaire owner of the world's largest hotel, MGM Grand in Las Vegas, Nevada and part owner of Chrysler Corporation. Never having finished high school, he was reviewed in Forbes Magazine as the 31st richest man in America. In 2000 Time magazine named him the 10th largest donor in the US.

Kerkorian was the youngest of four children (two brothers, Nishon and Art, one sister Rose) of illiterate Armenian immigrant Ahron Kerkorian, who owned hundreds of acres of orchards and ranch land in the Fresno area. Kirk described his father as 'the toughest man I ever knew' and his mother as 'very shy, very sweet.' Armenian was spoken in the home and patriarch Father Ahron encouraged strong, if not fierce, family values. The Kerkorian family enjoyed the wealth of Ahron's vast land holdings, but poverty hit in 1923 with a series of bad business transactions. With all of his land sold or foreclosed to pay his debts, the bankrupt Ahron regrouped, putting his sons to work and two years later, established a lucrative business as a fruit vendor in the San Fernando Valley. Young Kirk worked selling newspapers, caddying, picking melons, and hauling rocks at MGM studio- a studio he would come to own.

After dropping out of high school, Kerkorian worked at odd jobs while training for a career in boxing. 'Rifle Right Kerkorian' had the early ambition of supporting himself and hopefully, earning enough as a professional boxer to purchase an automobile.

A defining moment came in 1939 when a co-worker who took flying lessons finally persuaded the petrified Kerkorian to join him in the cockpit. After his first experience being airborne, he never looked back. His boxing career ended that day and the following morning he returned to the airfield with his life savings to enroll as a student. Two years later he was a civilian flight instructor. By 1943 he was a flight captain for Britain's Royal Air Force in Canada and spent the remaining years of WW II delivering Canadian built mosquito bombers to England. The dangerous job of solo transatlantic flying paid very well and when the war ended, the savvy Kerkorian purchased military surplus Junkers left in remote places, flew them out and sold them.

With his savings of $50,000, Kerkorian purchased the three planes of the Los Angeles Air Service and began ferrying gamblers to Las Vegas, Reno and the race track at Del Mar, California. Plowing his profits into more planes, Kerkorian learned about professional gambling and, by the late 1950's, was known to win and lose $50,00 in a single night.

After buying a jet in 1962, he renamed his company 'Trans-International Airlines' and thus began his stellar career as an investor with leveraged buy-outs and stock swaps. He sold Trans-International Airlines in 1969 for $104 million and announced his plans to build the International Hotel in Las Vegas that same year. Purchasing shares in MGM, Columbia and United Artists, he began to leverage one studio against the other throughout the '80s until he became the main owner of MGM studios. In June 1969 he made $104 million selling his aviation stock, using the proceeds to buy into MGM. Building his interest into 51% of MGM/UA, he later sold his interest to Ted Turner for $1.5 billion on 6 August 1985. He used proceeds from his trades to build the colossal MGM Grand in Las Vegas.

Kerkorian was known to be modest and unassuming, with 'ice water in his veins' while conducting his Byzantine business transactions. As a billionaire who donated over $550 million to charity, he described himself as 'just a poor kid from Fresno who got lucky.' The man who discreetly paid Barbra Streisand $20 million to inaugurate the MGM Grand in a New Year's Eve celebration diligently avoided the limelight and did not grant an interview since 1971. Frequently compared to Howard Hughes for his reclusivity and an avid tennis player who ran three miles daily, Kerkorian advised others to 'Work like you'll live forever. Play like you'll die tomorrow.'

Kerkorian's marriage to Hilda 'Peggy' Schmidt on 24 January 1942 ended in divorce on 27 July 1951. Three years later he married Las Vegas show girl Jean Maree Hardy, on 4 December 1954. Their daughter Tracy was born in 1959 followed by second daughter Linda who was born in the '60s. He legally separated from Hardy in 1981.

On 9 March 1998 he fathered a daughter, Kira, with former tennis pro Lisa Bonder, 32, who lived in Los Angeles, nearby to where Kerkorian kept his home. He and Lisa were together for ten years before they married - for one month to legitimize their daughter. In January 2002, she filed a request for a raise of child-support from its existing $50,000 a month to $320,000 a month. Kerkorian was listed by Forbes magazine as the 46th richest person in the world so it was a bare fraction of his estimated $6.5 billion but was, nonetheless, a bit excessive. Kerkorian counter sued for an unspecified amount in objection to Lisa's manipulation. Though DNA testing proved that Kira is not his biological child, Kerkorian, adored her and had always played an active role as her dad.

Of Armenian American origin, Kerkorian provided over $1 billion for charity in Armenia through his Lincy Foundation, which was established in 1989 and particularly focused on helping to rebuild northern Armenia after the 1988 earthquake. Kerkorian also provided money to ensure that a film based on the history of the Armenian Genocide would be made. The resulting film, called 'The Promise,' premiered in April 2017 in the United States.

It’s during this time that we saw the entry of best-in-class and player-focused new online casinos 2018 like Casino Dingo, Chelsea Palace, EvoBet, Pirate Slots, PlayUK, and Rolla Casino the list goes on. On this page, you'll find the Newest Online Casinos in the world! Our research department and the editorial board is constantly updating the new casinos list below, so we can give you a Full, Detailed and Up-to-date list of the most recent online casinos that were established in the last 12 months. We are the largest source of information in the online casino. New online casinos march 2018. 28 March 2018 by Therese Williams Internet casino software developer Yggdrasil Gaming has announced that they've entered a supply deal with Stanleybet and will offer their games in Italy as a result. New Casinos 2021. Looking for brand new casino sites? You have come to the right place! This is our complete overview of every new online casino released in 2020 and 2021. Each casino is licenced, and our team of experts does extensive research, including testing casinos.

Lisa Bonder is a retired American professional tennis player. Moreover, she has won four singles titles on the WTA circuit and also reached a highest ranking of no.9 in August 1984. She became a professional tennis player on June 21, 1982. Despite her sports career, Lisa is best known for her relationship. Furthermore, she was married twice in her life and also have one relationship. 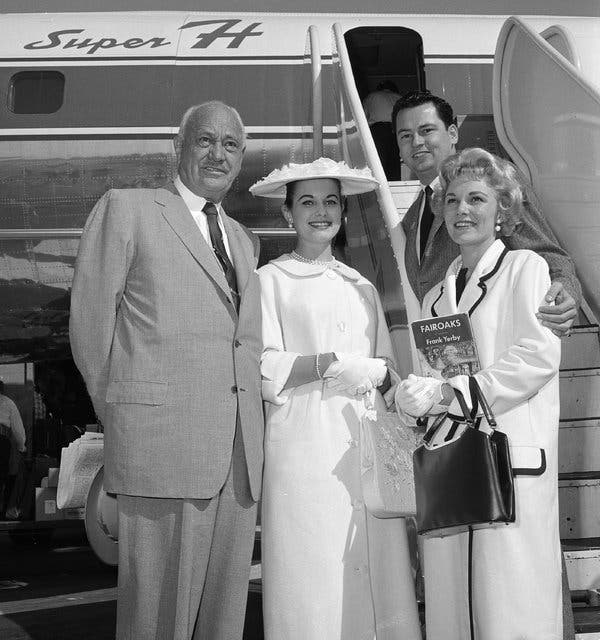 Additionally, she rose to fame as the ex-wife of billionaire Kirk Kerkorian, who was 48 years older than her. Apart, Lisa is the mother of two children from her married life and relationship. What is her current relationship? To know more about her than read the whole article written below.

Well, Lisa married billionaire Kirk Kerkorian in 1999. Despite having 48 years age gap, the duo walked down to the aisle. She married Kirk, a businessman, investor, and philanthropist as a second husband. But, their married life ended just after 28 days. Some sources claimed that she married him only for his money.

After the divorce, Bonder fell pregnant when she was with Kirk and thought that Kirk was the father of Bonder's child. Later, she gave birth to a baby girl named Kira Bonder, on March 9, 2000, in Los Angeles, California.

Moreover, Kerkorian allegedly paid $100,000 a month as a child for supports and force his daughter to set up a $7 million trust. But later, after a DNA test, Kerkorian finds Kira is not his daughter. Unfortunately, Kirk died on June 15, 2015.

Who was Bonder's Daughter's Father?

After, the DNA test, it was clear that Lisa's daughter Kira is the daughter of Steve Bing. Bonder was in a romantic relationship with Steve, who was an American film producer, philanthropist, and businessman. Well, Bonder and Bing were unmarried couples.

But, in the late 90s, it was pretty sure that they were in a romantic relationship for a few months. However, they broke up before Lisa married to Kirk Kerkorian. When the truth was revealed Steve openly accepts Lisa's daughter also gave the love of her father since then.

Yes, It true that Steve Bing, who is an American film producer, philanthropist, and businessman is no more on this planet. Moreover, he died at the age of 55 after a long battle with depression.

On June 22, 2020, Monday, he died by jumping from his 27th-floor apartment in the Century City neighborhood of Los Angeles, California. Steve was in a relationship with actress, Elizabeth Hurley. He had a son named Damian Hurley from Elizabeth's side.

The former professional tennis player, Lisa was married for the first time with Tom Kreiss. They walked down to aisle on January 10, 1988, and also changed her surname to Bonder-Kreiss. However, the couple relationship didn't last for long and ended their relationship.

Yet, we don't have much information when did they divorce each other. But, some sources claim that she divorce Tom to marry Kirk. Lisa shares one son named Taylor Jennings Kreiss with her ex-husband, Tom. Both of them has moved on their life and currently living a happy life with their respective family.

Lisa Bonder has earned a decent amount of money from her career as a tennis player. But, her exact net worth figure is yet to be published. However, we can only guess that her net worth might be around $3 million as of 2020. Besides, Lisa also earns the prize money of $212,395 from her tennis career. 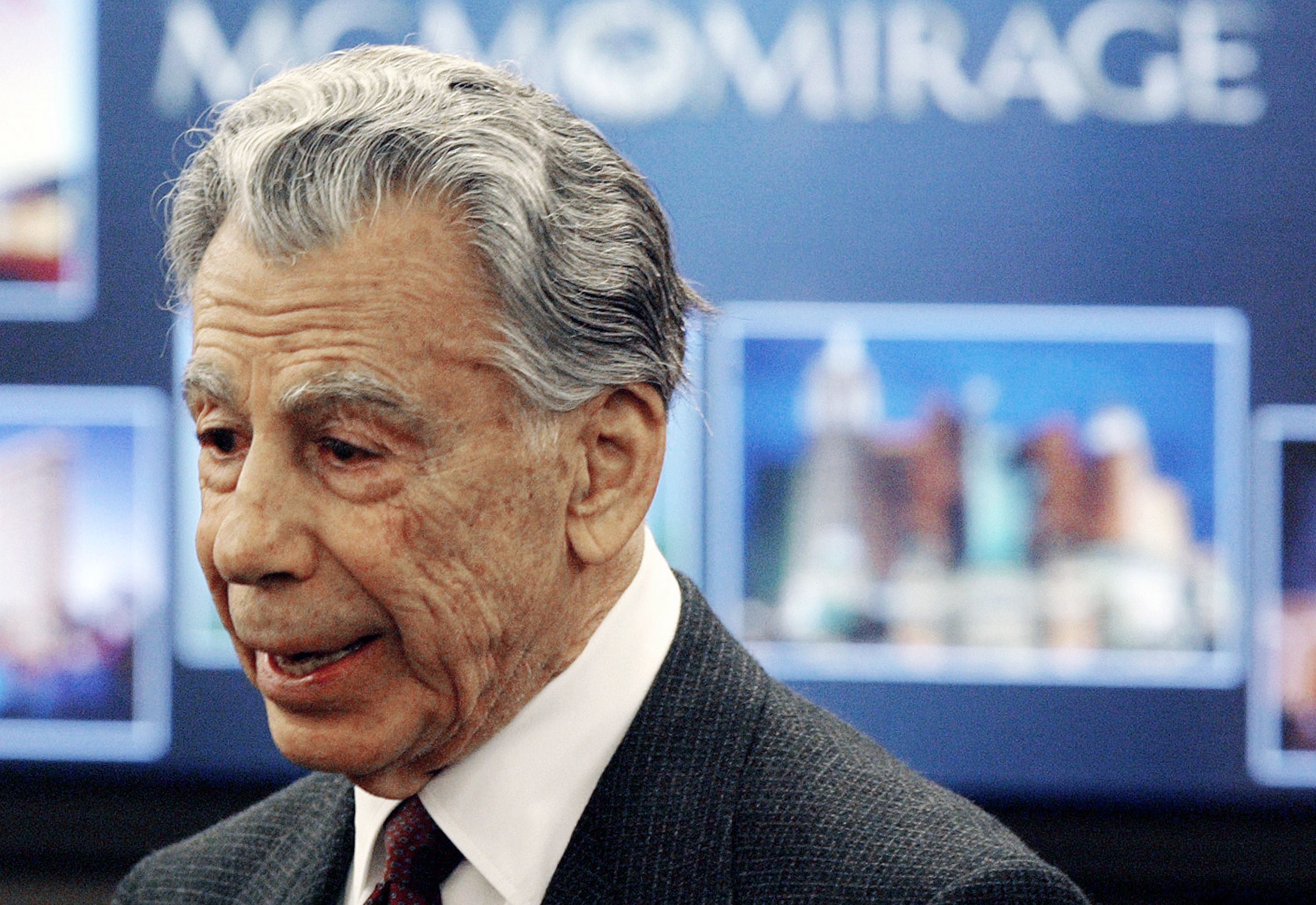 Lisa Bonder was born on October 16, 1965, in Columbus, Ohio, USA. Moreover, she is the daughter of Seth Bonder(father), an American engineer, and Julia Bonder(mother). Later, she moved to Saline, Michigan with her family.

However, her siblings' and educational information is still missing. She holds an American nationality and belongs to white ethnicity. 54-year-old, Bonder started her professional tennis career as WTA from 1981 to 1991. However, she is best known for her relationship than a career.