Shishkabugs is a 1962 Warner Bros.Looney Tunesanimated short directed by Friz Freleng.[1] The short was released on December 8, 1962, and stars Bugs Bunny and Yosemite Sam.[2] The title of the short is a play on shish kebab, a culinary dish. 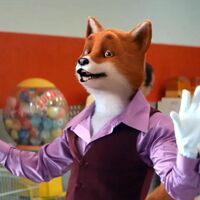 With only 5 minutes and 05 seconds of footage (not counting the credits and cards), Shishkabugs is the shortest Bugs Bunny short ever made in the Golden Age of American animation. Shishkabugs is also a rare cartoon where Yosemite Sam is in the role of a victim instead of being the aggressor.

For the chapter of the same name, see Chapter 157. Ace,12 born as Gol D. Ace6 and nicknamed 'Fire Fist' Ace,4 was the sworn older brother of Luffy7 and Sabo,13 and the son of the late Pirate King, Gol D. Roger and his lover, Portgas D. Rouge.14 Ace was adopted by Monkey D. Garp as wished by Roger to him before his birth.15 Ace was the 2nd division commander of the Whitebeard. Dear Twitpic Community - thank you for all the wonderful photos you have taken over the years. We have now placed Twitpic in an archived state. Kawamatsu the Kappa is a Japanese pufferfish-man7 who is a yokozuna-ranked sumo wrestler. As a child, he was shipwrecked in Wano and orphaned soon afterwards. After Kozuki Oden rescued him from citizens ostracizing him, he went on to serve as one of Oden's Nine Red Scabbards until Oden's death 20 years ago.1 Kawamatsu would go on to be imprisoned by the Beasts Pirates for 13 years until he was.

Yosemite Sam is the royal chef for a spoiled king (a caricature of Charles Laughton, who frequently played kings and similar heads of state). On his way back to the castle from grocery shopping, Sam complains that the king never thanks him for his hard work in having to both pick up groceries and prepare meals three times every day, but that the king instead whines that Sam takes too long with preparing the meals, much to Sam's annoyance ('Cook! Cook! Where's my lunch? Where's my dinner?'). This drives Sam to the point where he insults the king behind his back.

After Sam prepares the king's latest meal, which consists of 'Cornish Hen a la Westchester' and 'Prime Rib of Mutton au Jus with kreplachSauce Bordelaise,' the king just kicks the dishes away and orders Sam to take it all away. He then tells Sam he's fed up with having 'variety' at his meals. Wanting something different for real, the king orders Sam to fix him some hasenpfeffer. Sam agrees to carry out the king's request, but doesn't know what hasenpfeffer is. When Sam checks back just to make sure the king said the right word, the king answers the question by throwing a bowl of custard into Sam's face. Angry at this, Sam again insults the king behind his back ('OOH! I hate that honorable royal majestic graciousness!').

While Sam is looking up the recipe, Bugs Bunny knocks on the door and explains that as he's one of the rabbits residing in the king's royal forest, he's come to borrow a cup of diced carrots. Sam just slams the door on Bugs and returns to the cookbook, only to discover that hasenpfeffer is a dish that includes a rabbit as one of the ingredients. Realizing whom he had just shooed away, Sam rushes out after Bugs.

Sam manages to trick Bugs into thinking that the king has invited Bugs for dinner. Bugs demurs, saying that he is not prepared; but Sam assures Bugs that he will 'prepare' him.

What are scrimmage yards nfl. While Sam adds the required ingredients to the pot, Bugs states how glad he is to be a rabbit; but, after Sam reads that he's to place Bugs into the oven and heat him at 350 degrees Fahrenheit (350°F; 177°C), Bugs sees that he's been duped. Bugs gets out of the pot and pretends to go off to another commitment; but Sam blocks the exit and threatens him with the meat ax, forcing Bugs to return to the pot (with Bugs stating that, if it's that important, he'll stay).

At this point, the king is starting to get impatient and whine that Sam is taking too long to make the hasenpfeffer. Realizing there's no time to cook Bugs, Sam just shuts him in the pot and serves him to the eager king. Just as the king lifts the pot lid, Bugs springs up and gives the king a kiss. After spitting out Bugs's cooties, the king scolds Sam for serving him the hasenpfeffer completely raw; the king then orders Sam to take it back to the kitchen and prepare it the right way, or else Sam will be 'drawn and quartered'.

Not wanting to face execution for his mistake, Sam shoves Bugs into the oven and demands that he stay there until the cooking time is up. Sam then pulls out an hourglass that gives the time for hasenpfeffer, prime ribs, fish, and fowl. While Sam's back is turned, Bugs escapes the oven (commenting on how hot it is in there) and leaves. As soon as the hourglass hits zero for hasenpfeffer, Sam thinks he's safe.

As the king starts getting impatient and once again begins shouting that Sam is taking too long, Sam brings out the supposed hasenpfeffer and presents it to the king. The king remarks that he hopes that Sam has prepared the hasenpfeffer the right way before lifting the pot lid, and a spring released banana coconut creme pie (planted by Bugs just before he left) springs out and hits the king in the face; Sam realizes too late that his goose is cooked as the king cries and shouts out for the Guards to arrest Sam for his 'crime', announcing that Sam is fired. Right away, a pair of clumsy guards rush in, arrest Sam, and lead him to the dungeon to await execution.

Bugs then closes one eye and, breaking the fourth wall, remarks to the audience with an English cockney accent: 'It just goes to show you how a one-eyed Jack ([sotto voce] rabbit) can beat a king!'