All EGU webinars are supported through the EGU office and are recorded and posted to our YouTube channel, so if you have an idea for a webinar topic that you would like to see EGU cover, email [email protected] To highlight EGU’s commitment to equality, diversity, and inclusion of opportunities in the geosciences, and provide. The EGU General Assembly is a prominent annual event that brings together geoscientists from all over the world into one meeting covering all disciplines of the Earth, planetary and space sciences.

Atmospheric Sciences Division is one of the largest divisions in the European Geosciences Union. The research areas covered by division extend from the large-scale dynamical/meteorological processes and systems in the atmosphere (like cyclones and global atmosphere circulation) to the small scale turbulent mixing, they cover the time frame from centuries (in connection with climate research) to seconds (in the context of fast chemistry). Atmospheric Sciences include studies of the atmosphere composition, aerosol and cloud physics, gas-particles interactions and chemical reaction kinetics studied in the labs.

The EGU General Assembly 2017 was again a great success with 4,849 oral, 11,312 poster, and 1,238 PICO presentations. 649 unique scientific sessions together with 88 short courses and 322 side events created an interesting programme.

Latest posts from the AS blog

In February The Loupe celebrates this month’s three successful missions to Mars, including the unique science and symbolism of the first Arab mission to the Red Planet. Because the data from this mission will be openly shared, it lets all scientists embark on an exciting journey to explore the secrets of our neighbouring planet’s atmosphere together. This issue features three EGU divisions: Geosciences Instrumentation and Data Systems (GI), Planetary and Solar System Sciences (PS), and Solar-Terrestrial Sciences (ST).

The Loupe also highlights everything you need to know about the vEGU21 scientific sessions, 5 key new initiatives the Union implemented in 2020, and two blogs with lighthearted tips for a greener EGU21 and some lessons you can take from this year’s virtual General Assembly to make your in-person conferences greener. 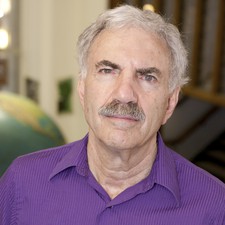 In addition to the latest Journal Watch and GeoRoundup of February EGU journal highlights, this issue also looks at what Union leaders hope they can achieve in the next few years and tackles the ‘rotten’ topic of how Europe should deal with its waste.

Climate change is in our hands. Credit: Stephanie Flude. Distributed via Imaggeo

As of 19 February 2021, the US officially re-joined the Paris Climate Agreement, a landmark international accord to limit global warming by 2°C (and ideally to 1.5°C) compared to pre-industrial levels. The Paris Climate Agreement aims to bring the world together to avoid catastrophic warming that will impact us all and to build resilience to the consequences of climate change that we are already starting to see.

Philipp Pattberg, a professor of transnational environmental governance and policy at VU University Amsterdam, explained the significance of Biden signing an executive order to re-join the Agreement on his first day in office, “It definitely reaffirms that the USA will show leadership in international climate negotiations and follow a much more multi-lateral approach than under Trump.” Pattberg also highlighted the importance of Biden’s domestic policy actions that will help the US meet the Paris Agreement’s targets, “there also has been immediate domestic actions via a number of climate-related executive orders, including: directing federal agencies to stop fossil fuel subsidies […], stop (for now) on new oil and gas explorations, and the reactivated older programs for re-wildering and afforestation.” Andrew Weaver, Canadian climate scientist and politician, agreed, statin, that “Biden has a once in a lifetime opportunity to lead the world in transforming energy systems to become non-GHG-emitting. He has given many a lot of hope.”

The importance of global action

Jonathan Bamber, a professor of glaciology and physical geography at the University of Bristol, explained the global importance of the US re-joining the Paris Climate agreement: “Every major economy in the world is signed up to the Paris accord, which offers some hope for a coordinated, collective, global endeavour to tackle this huge challenge”. Bamber continued that while “there will certainly be many bumps and political hurdles on the way to carbon neutrality, it is clear that the vast majority of decision makers understand the importance and urgency of the existential threat that faces humanity.”

Thomas Stocker, Professor of Climate and Environmental Physics at the University of Bern and Co-Chair of the Intergovernmental Panel on Climate Change (IPCC) Working Group I from 2008-2015, hopes that we are able to learn from the current pandemic and need for global teamwork, highlighting “multilateralism and cooperation, combined with personal responsibility and strict regulations” as the key to overcoming both COVID-19 and the climate crisis. It’s not only academics who are highly enthusiastic about the new developments. The European Union has recently published a joint statement affirming that “Climate action is our collective global responsibility […] that can only be tackled by combining all our forces”.

Member of the European Parliament, Maria Spyraki, also shared her thoughts with the EGU about the importance of the US and EU working together as world leaders to solve the climate crisis:

Katharine Hayhoe, a Lead Author of the U.S. National Climate Assessment and Horn Distinguished Professor and Endowed Chair at Texas Tech University, agrees. “The United States is historically responsible for nearly a third of all carbon emissions,” she says. “While the rest of the world has shown that is possible to move forward on climate action without the U.S., to meet the Paris targets we need everyone on board.” That doesn’t mean there hasn’t been positive forward momentum in the U.S. over the last four years, though, she says. “Even under the Trump administration, many cities, states, businesses, universities, tribal nations and more were still committed to meeting their climate goals. Now, however, they are no longer alone.”

What can Europe learn from the US?

This is the first time in recent history that a nation has taken a “180-degree turn”, literally overnight, twice in four years. Julia Steinberger, a professor of ecological economics at the University of Lausanne and Lead Author for the IPCC’s 6th Assessment Report with Working Group 3 reflected how our success in mitigating climate change is also tied to policymaking and our democracies. “We have to become politically engaged for democracy, transparency, accountability: for voting rights, for education against disinformation, for climate action which is also socially just. This engagement is not a one-off activity like petition-signing, it’s a commitment to a lifetime of meaningful work. This is a commitment we need to make, and that we should encourage our students to be part of.” Steinberger also emphasised the need for European citizens to learn from US experiences, “The EU has plenty of problems of its own which are not so different from Trumpism. Climate denial and disinformation is rampant across the EU, with specific variants in each country.” Steinberger continued, “Until we face our own demons, we cannot be effective in enacting comprehensive and transformative climate action.”

Looking forward, Bamber highlighted the important role that scientists around the role will need to play, “An important message that scientists can help deliver is that tackling climate change is apolitical. It does not have to damage economies and, to the contrary, it offers opportunities for green growth and innovation.”

Piers Forster, Lead IPCC author and Professor of Physical Climate Change at the University of Leeds, has seen first-hand how “US diplomacy at UNFCCC (United Nations Framework Convention on Climate Change) and IPCC meetings have helped get negotiations over the line. Their delegations are large, well informed and respected and can be a powerful force.” Forster believes that the US re-joining the Paris Climate Agreement will make it harder for governments to use US inaction “as an excuse for their nation to go slow with their own decarbonisation plans”. Forster also highlighted the increasing importance of scientific evidence, “science evidence has to become far more tailored and communicated effectively to local authorities, industries and individuals. There is a lot of work to be done.”

Michael E. Mann, Distinguished Professor of Atmospheric Science at Penn State reflects “What’s most important about this development is what is signifies: That the U.S. is back, and willing to once again play a leadership role in addressing the greatest crisis the world faces, the climate crisis.” But others express skepticism about this development. James E. Hansen, Adjunct Professor, Columbia University and former director of the Goddard Institute of Space Studies states “Per se, it means little. Back to what? Business-almost-as-usual? It’s too early to tell whether governments are serious now.” “Ram” Ramaswamy, Director, Geophysical Fluid Dynamics Laboratory, Princeton University on the other hand acknowledges the challenges but emphasizes “the valuable opportunity to advance international partnerships and provide leadership in both science and the drive for solutions.”

A reflection from two EGU divisions

The EGU’s Atmospheric Sciences and Climate: Past, Present & Future Divisions would like to welcome the US back to the table to join European leaders and citizens to work together to create and establish policies that prioritize CO2 reduction. Irka Haydas, deputy president of EGU’s Climate Division and Senior Scientist at ETH-Zurich adds “In the past four years, our US colleagues’ efforts in climate research continued with the hope for a political change. It is a relief to see this change happening now”. Annica Ekman, Professor in Meteorology at the Department of Meteorology, Stockholm University and Deputy President of the Atmospheric Sciences Division of the EGU adds “The science around climate change is clear: the world quickly needs to reduce anthropogenic greenhouse gas emissions. The fact that the US has re-joined the Paris Agreement is an important step in the right direction.“ Athanasios Nenes, President of EGU’s Atmospheric Sciences Division, Professor of Atmospheric Processes at the Ecole Polytechnique Federale de Lausanne and Affiliated Researcher at the Center of Studies on Air quality and Climate Change of the Foundation for Research and Technology Hellas at Patras, notes that “Having all the economies of the world onboard is critical to overcome the climate crisis, and US participation is catalytic for moving in the right direction. The large swings in US climate policy over the last years is a stark reminder that political will can rapidly change and impede, even reverse, policies and actions towards addressing climate change. All of us, as individuals and citizens of this world, are responsible for ensuring that the best policies are always in place and changes actually happen”.

We hope that EGU will play a vital role in addressing these issues and help to increase our understanding on the physical climate science, possible mitigating strategies and continue providing informing for the wider public concerning anthropogenic climate change.